How being attacked changed my perspective – a story of safety, assault, & objectification

It was dark, but no more than usual.

A familiar scene began, like most of my evenings throughout winter in London.

The railway underpass opened up to a walkway. 400 metres of it. On the left, a brick wall.

At the top, the tracks.

On the right, grass and council estates.

One after the other, the length of the path.

I entered, headphones in ears, backpack on back. Heading for home which was two minutes from the end of the path. A fair bit would happen before I got there.

Not long after I entered the path, three young guys loitering out the back of the first estate fell in behind me. They kept some distance, 50 metres perhaps.

I became on alert. Nothing major; medium alert. I pulled out one headphone.

I kept walking but increased my pace a touch. Every now and then I tried subtly looking to the side, hoping to catch them in my periphery.

This continued until I was about 80 metres from the end of the path.

I hear the rush of noise, footsteps I think, and turn quickly.

One of these guys is in legit mid-air flying sidekick coming at me.

FLYING SIDEKICK. WHO DOES THAT AT SOMEONE’S BACK!? 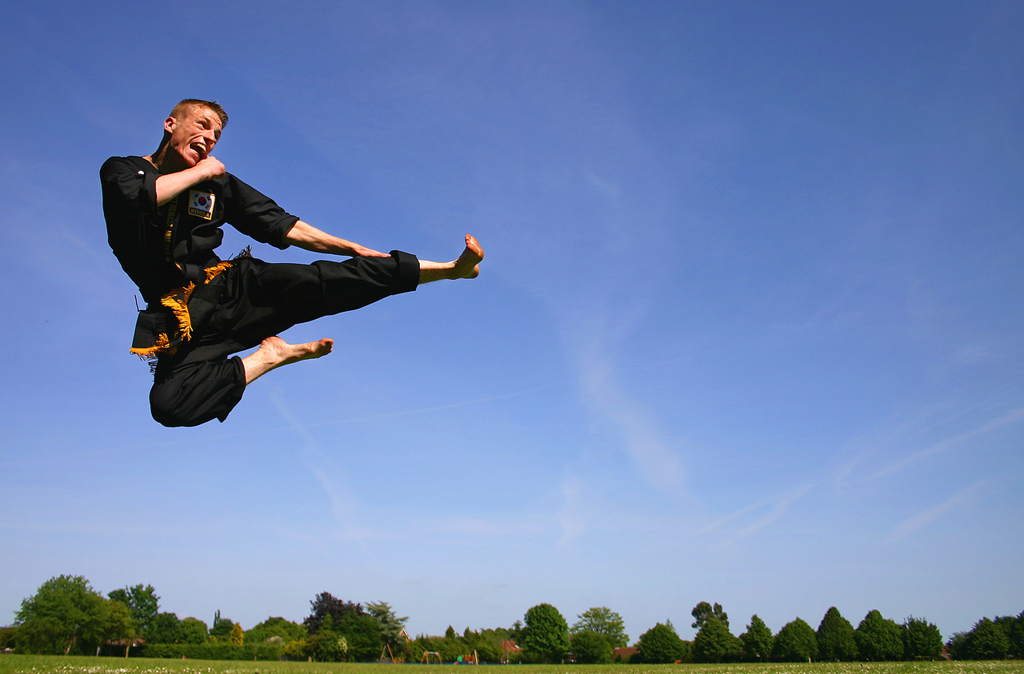 I weave (it was pretty impressive, actually). He misses by millimetres and continues on, getting in front of me.

I may claim to be a “Low-level Batman” but it doesn’t extend to or include beatdowns of thugs in dark alleys. A fast weave – yes.

Before I have a moment to think “SPRINT. NOW!” a second guy is in my face;

Keeping my eyes on the hands of the guy in my face, I try to manage the situation with the best weapon I have; words – “What’s up, fellas? I don’t want trouble. What do you want?”

This was a time in London where knife crime was rife – every stabbing made the papers.

Which was every day.

So, quite naturally, my thought was “This guy has a knife in his pocket, he’s moving for it…”

HA! Nice try. His job was to distract me. Clearly.

What came next gave the clue away.

And my teeth going most of the way through my bottom lip.

And my mind and mouth saying “What the fuck!?”

They turned and walked off shouting at me to keep my mouth shut.

Brag: I managed to negotiate getting the memory card out of my phone back from them (it was 2007, okay).

I headed for home (ran) minus one phone but the addition of a few things.

I suspected they were following me, but didn’t see the rapid sneak attack. Mike, remove BOTH headphones, walk much faster or run. Fuck it, who cares if it was nothing? 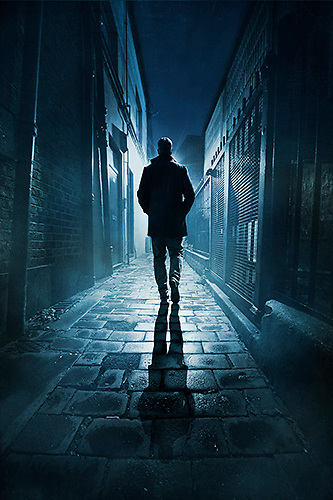 How fucking dare they!? I live in this neighbourhood too! Fuck those guys! I’m calling the cops immediately. Let’s catch them, the little scumbags.

That is my path home from the train, and now I either can’t walk down it at all, or walk down it in fear for my safety. “Am I even safe in my own neighbourhood?”

I felt so helpless.

Right then I knew what it felt like to fear for my own safety simply when walking home to my flat. I never again walked down that tucked away path by myself at night. I took the long way – the one on a main road with street lighting, always eyes peeled, on high alert.

This last point was the one that really got me, and it’s something I’ve reflected on a few times over the years, especially recently.

When I think about a lot of the conversation around women and men, around the request for men to see from a woman’s perspective, I think of this.

When we talk about objectification and how it can and does make women fear for their safety based on the aggressive and inappropriate actions of some men, I think of this.

And there are arguments that men are objectified too.

I’m very aware of these arguments. I’ve also perpetuated and voiced them – because I’ve experienced it firsthand. I’ve been objectified plenty. I was on the cover and inside feature of the 2012 December DNA – swimsuit edition – one of the world’s biggest gay men’s lifestyle magazines.

I chose it; I willingly put myself out there knowing objectification was an outcome.

And it continues. Just recently I received a comment on a post of a shirtless image of me (posted to make this point):

“If your jeans were any lower, they’d fall off. And that’s a good thing.” 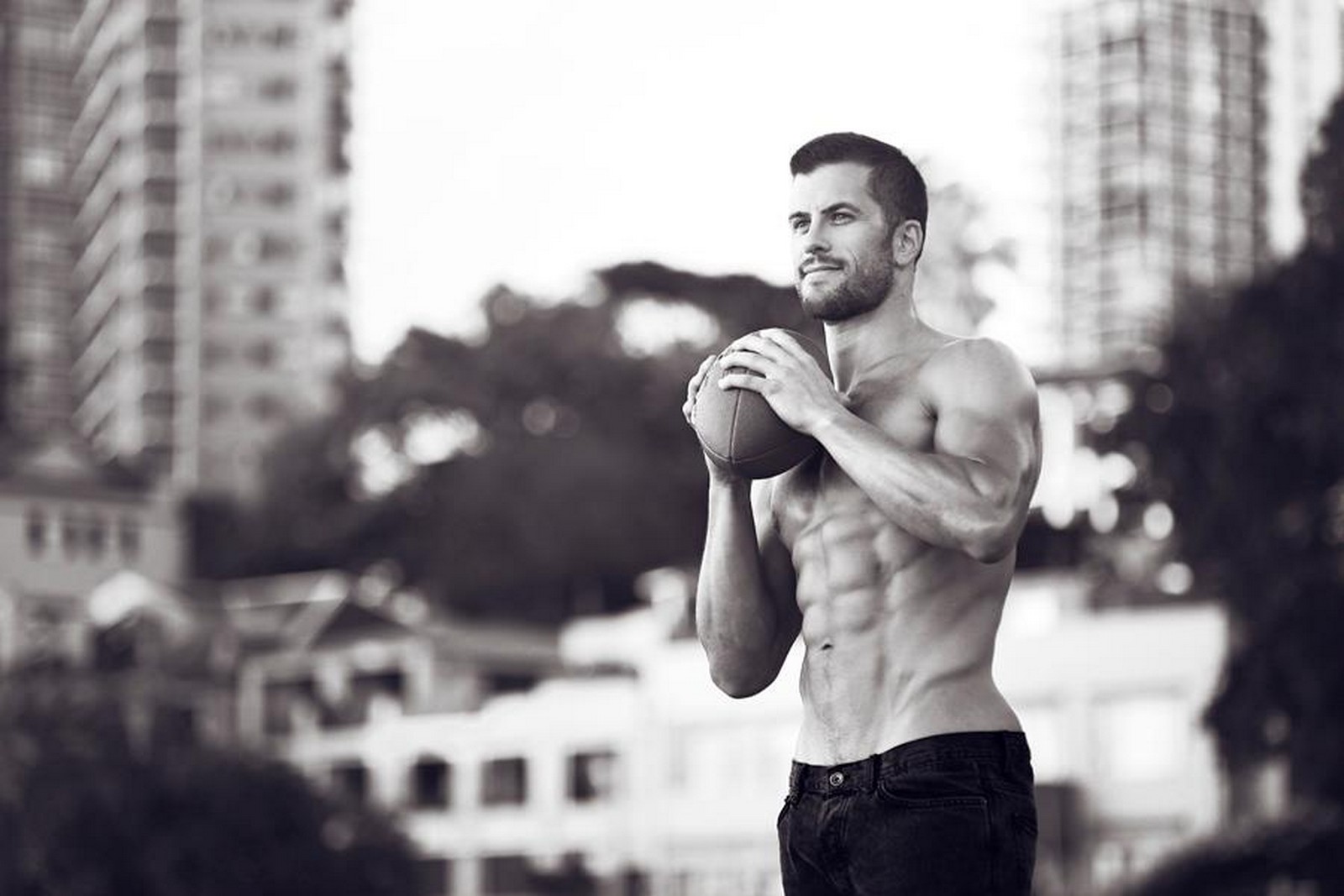 But, ultimately, meh. Whatever.

On one initial hand, it feels like fairness needs the conversation about objectification to go both ways. But then I think back to that incident in London where I feared for my safety.

Different context, but safety is the integral concept here.

I am reminded that despite any objectification I may have experienced, either unwillingly and creepy, or eyes-wide-open stepping into it, I have never feared for my own safety because of it.

And I would hazard to guess that is the case for most men, regardless of levels of objectification they’ve been subject to.

Not to say it never happens and men have never been sexually assaulted. No. This is also an issue in need of attention and action.

I say it simply for this reason – on a larger scale, in the conversation of objectification, most men don’t fear for their safety, and I think it’s worth considering.

I think it’s worth the attempt to put yourself in the shoes of countless women who have been sexually or physically assaulted, and the countless more who have genuinely feared for their safety on numerous (possibly endless) occasions.

There is a clear difference between mutual flirting and flat out creepy objectification. And then there is the murky grey area that can be a harder line to work out, which is why we must talk about it. For yourself, question what objectification is and how you may do it, and then flip it with the added weight of genuinely fearing for your safety. See how it feels.

Then think about how this can and is part of the conversation around consent, assault, objectification and holding yourself and mates to a higher standard.

I’m all for people taking responsibility for their actions, and don’t have a problem with comments of genuine concern about those actions. I chose to walk down that path in the dark with my headphones in. A place known for a population of low-life kids trying to intimidate people.

I can sit here and say “Those kids should be better! Don’t attack people!” – And I will continue to champion change and educating men – but I can also hear from my flatmates without calling it victim blaming “Bro, don’t walk down there at night by yourself. Are you stupid?”

I can handle kind and considerate advice – support – talking about what I can do to prevent that happening again because sadly, some people will do fucked up stuff to other humans and it’s unavoidable.

However, MEN – if you’ve ever experienced anything like the attack I have, or worse (mine was pretty low-key, after all) use this perspective to have genuine empathy for, and understanding of, women (and anyone) who does not feel safe when they are objectified.

There’s room for both responsibility of the individual as to what danger they potentially put themselves in – Mike, don’t walk down that path at night by yourself – AND empathy from (more) men on what fearing for your safety is like.

We’ll be diving into conversations and challenges like this, and exploring tough topics in an easy and comfortable setting at the upcoming Beyond The Beers Live Event in Adelaide – Saturday, October 6th at the Commerical Hotel, Port Adelaide.

For more info about what you’ll gain from a day like this, check out the page here or straight to get tickets here. 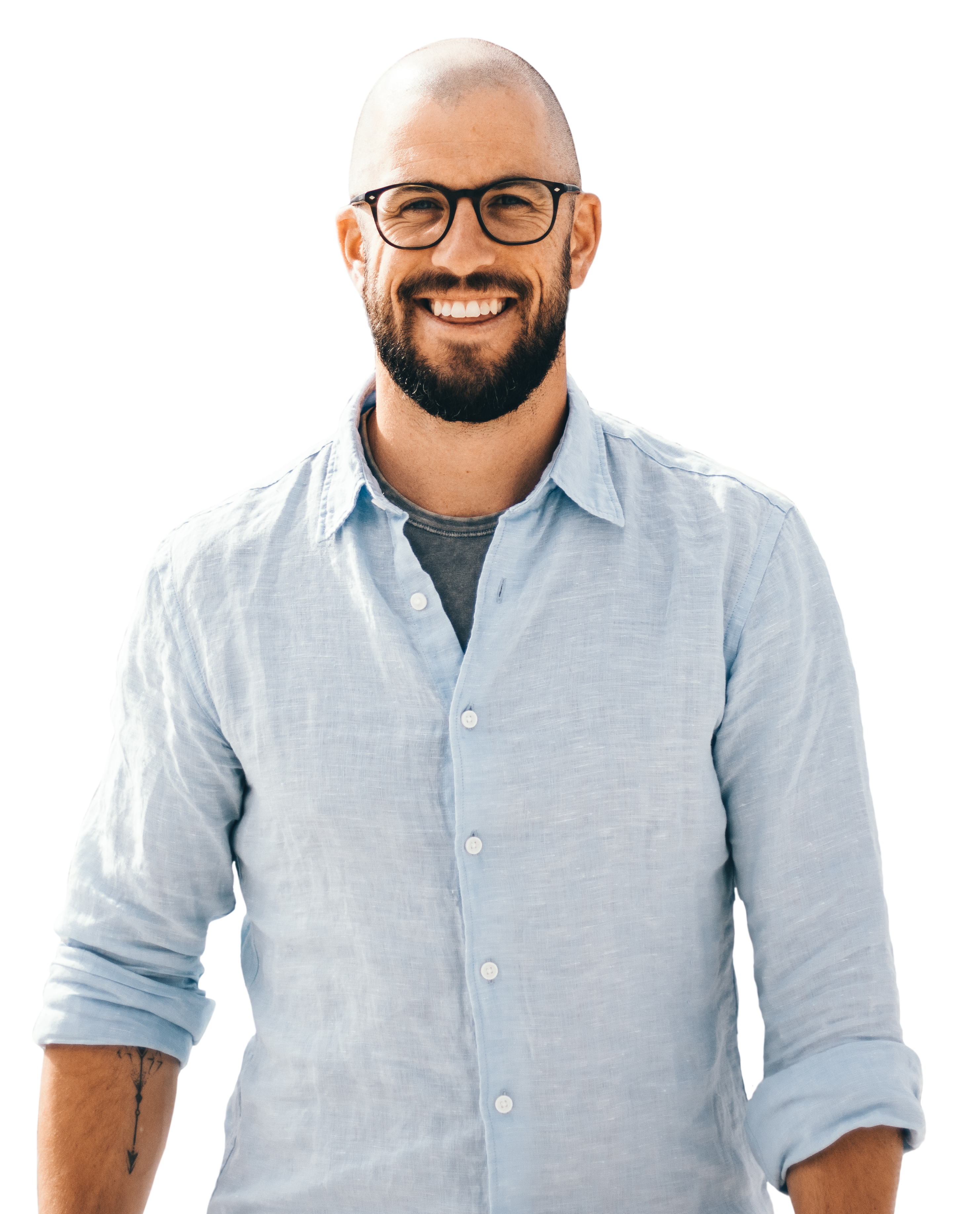