033 – Eldership & dealing with with your shadow with John Moulang 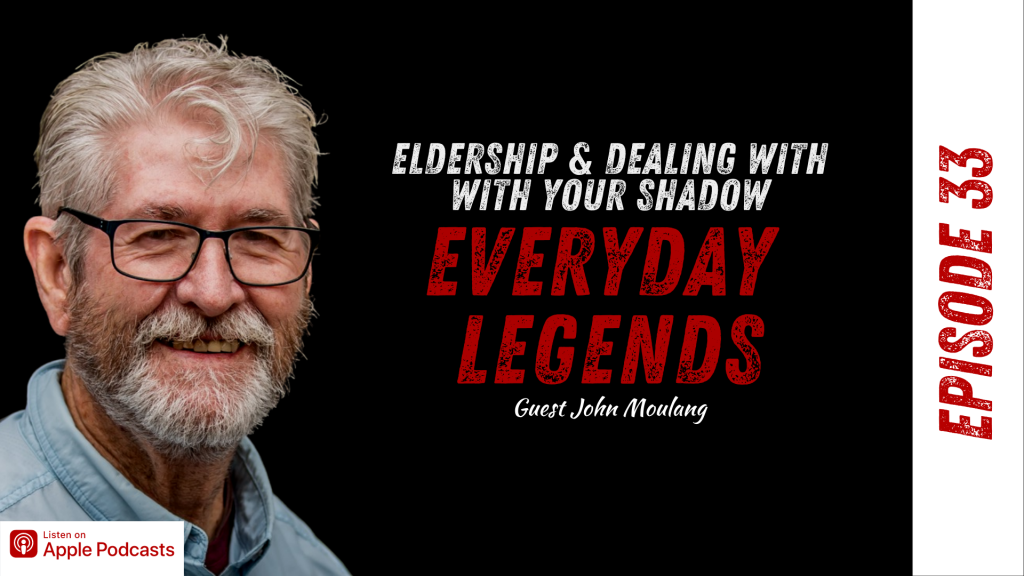 Learning from wise elders – dealing with your shit

I am always learning many things, all the time – still learning.

Some things I keep learning over and over – kind of implying I’m not bloody learning them at all.

And then there are ones that I learn again and again but in a new way or on a new level, almost.

One of those is this: man, as individuals and as a society we need the wisdom, experience, insight, and practises of elders; those people advanced in age (perhaps) but sage in themselves and experienced in those years.

For the longest part of human history – up until the global expansion of the agricultural age on one new level and then the dawn of the industrial age on an all-new, and almost entirely eradicating new level, we were a species that lived in small tribal bands and communities where young, old, babies and elderly, couples and families lived in close quarters, everyone had a role, everyone had a purpose.

One of the central roles to a healthy, functioning and mature – initiated –  society was the role of the elder; the people who could guide not only the youth but those entering into marriage and parenthood and slowly take over the majority of the responsibility of the community.

Elders would initiate the young, pass on wisdom and knowledge, tell stories and share the lesson to life in myth and song, and cultural stories. They would sit with the young and facilitate respect, patience, grace, and humility. They were a crucial part of individuals growing into responsible adults, as well as the healthy functioning of the clan.

Then BANG, we lose that, and widely present throughout most Western, and certainly European cultures, we don’t have this. Instead, we have a generation of eldery, or ‘olders, perhaps. We have lost the respect and reverence for the wisdom in our older generation, instead, they have been taught to chase the solo life of retirement and end of life fulfilment, turning away from the role, while the rest of us happily shove them to the corner of our psyche and our society, into the care homes and minimum security prisons, as Jerry Seinfeld once called retirement homes.

We have lost the role and importance of true elders unless individuals choose to follow that path.

They exist, but it’s not really a self-appointed tag. As one elder I admire and follow, Francis Weller, says:

“Eldership comes about when the youth come for something” – because this is something have been pondering – ‘ how do we create more elders when they are limited, we just have old people and they never had elders bringing them through and showing them the way?

And now I get it – we, the ‘youth’ create this by going to those people and asking for something; guidance, support, wisdom, insight, initiation.

This was evident to me in meeting and chatting in this episode with today’s guest, john Moulang.

I’m not entirely sure if john would agree with my summation here, but we do get into it in this episode. As we do his own story in parts. While he has quite the introduction in being captured, poisoned, raped, and even being in a coma, we don’t spend too much time in those stories. After all, in one short podcast, episode, while it might be entertaining to hear those stories, we are here to learn some insight from him, and as John so wisely put it, not everyone gets access to your full story until they earn the right.

That’s what sitting with elders can do; impart little gems like this while also earning the right to the deeper stories and lessons.

We also discuss elements of the shadow and men’s work that john has been heavily influential in over the years.

I suspect I personally will have many more conversations with John over the years, and perhaps record one or two so that we can learn from him and other elders like him (just don’t expect him to call himself an elder, as I won’t call myself a ‘legend’ – just make a podcast with that title as something to strive a life towards 😉 )

He had intentions to build a career in surfing until a skateboard accident switched his focus to music – firstly as a percussionist then adding guitar and vocals as he developed his craft into a career. The years have also been given to architecture, project management, counselling and meditation training.

In more recent years, John has offered consultancy to accessibility for people with a disability while contributing to ‘men’s work’, co-creating the annual Sydney National Men’s Gathering.

Now, as president of the National Men’s Gathering Association, he continues expanding its offerings to regional areas and being more inclusive.

John launched his first book of poetry THE HEART OF ONE in 2020 with the second coming out in September 2021, titled DREAM WAKE LISTEN SEE.

John is currently restructuring and consolidating into TRIMTAB 24.7 with three parts – being Trimtab Access, Trimtab Creative and Trimtab Leadership.

Trimtab Leadership supports those who are already leaders wanting to be better leaders evolving to great leaders – with infinite impeccability.

Where to find John 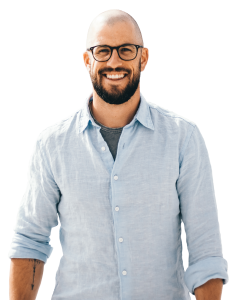 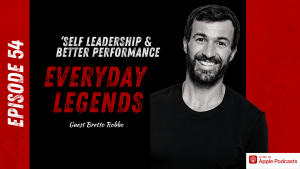 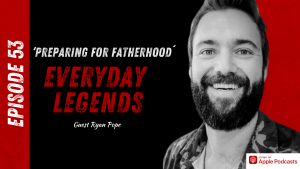 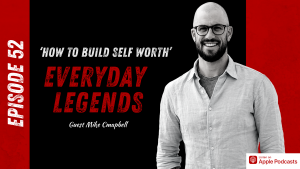